Ancient Messene, known also as Ithome, is an impressive archaeological site that must be included in your itinerary.


Messene, the 2nd largest state of Peloponessus, was the capital and cultural center of Messinia, a very significant city-state in antiquity. The area is extremely fertile and lush, and many battles were fought for the control of this region.

A 9km stone strong wall, with towers and battlements, built in 370BC around it, made it one of the most strongly fortified places in ancient Greece. The ruins of the archaeological site, are very impressive, spread out across the peaceful valley of Messinia. With the Arcadian mountains on one side and the valleys down to the sea on the other, the beauty of the scenery is amazing and the view breathtaking. The site, is one of the best preserved in Greece, includes a theatre – one of the biggest in antiquity- the Arsinoe fountain house, an agora surrounded by stoas, which covers an area of about 40 acres with temples of Zeus and Poseidon, the sanctuaries of Demeter and Dioskouroi, an Asclepieion, a beautiful stadium with the gymnasium, a funerary monument, public buildings, houses, the monumental fortifications of the city etc. It also includes an early Byzantine Basilika.

The real jewel is the archaeological site, not only for its undisputed historical value but also for its sheer size. It is a place where you can get a sense of what an ancient Greek-state looked like. Coming to the ancient site, you drive through the massive, well preserved gateway that enables you to form an impression of the fortified wall that surrounded the city. This Arcadian Gate is a marvel among defensive fortifications. A double set of gates separated by a circular courtyard. Huge blocks of stone! How did they transport them, how did they raise them and how did they position them with such accuracy? The answer: this was a culture with an advanced level of technology. They knew about hoisting machines, they knew how to multiply power by mechanical means, they knew how to cut the stone and of course they knew all about its properties.

The main ancient source on Messene is the ancient writer Pausanias, who describes the city in details (155-160 AD). He writes that its walls were stronger than the famous walls of Byzantium and of Rhodes, he represents the Asklepieion as a museum of art works, and he mentions of theatres, temples, sanctuaries, statues, public buildings, springs, tombs, agora, gymnasium…

For a relatively quick visit, you will need at least two hours, since the ancient ruins are widely scattered and you will surely want some time for inner reflection in the theatre-like Ecclesiasterion and the sprawling stadium.

Extensive excavations have been carried out as well as some remarkable restoration work which allows visitors to form a vivid picture of the Asklepeion, the very well preserved Ecclesiasterion and the impressive stadium and gymnasium. Equally impressive are the techniques used for water management, including a stone aqueduct and irrigation system. In 2013, the theatre of ancient Messene, after 2 millennia of silence, opened its doors again to the public. Ancient Messene is included in the Greek list of monuments submitted to UNESCO and is expected to become part of the World Heritage Site Catalogue.

Peloponessus is full of important archaelogical sites. Mycenae, Epidaurus, Olympia, Nafplion, Mystras, Monemvasia. Combine the visit to ancient Messene in a 2 day tour with another of these amazing archaeological sites and “discover Peloponessus”, or, combine it with something quite different and visit the enchanting gorge of the lakes and waterfalls of polylimnio Messinias. 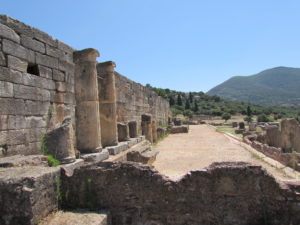 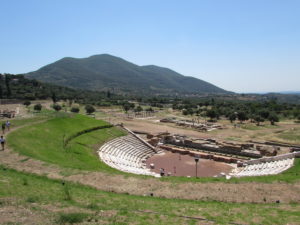 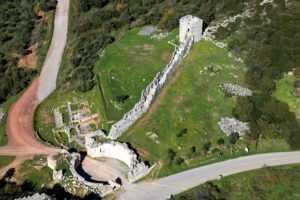 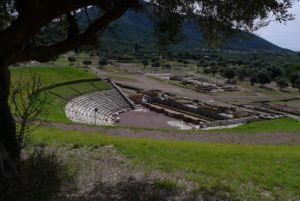 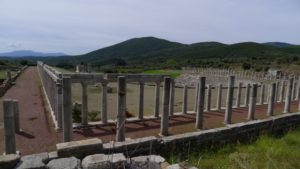 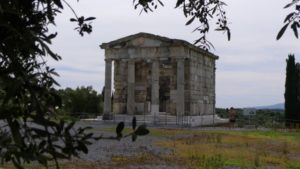 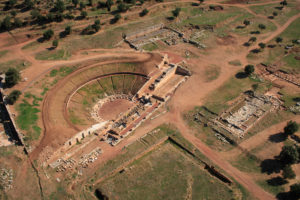 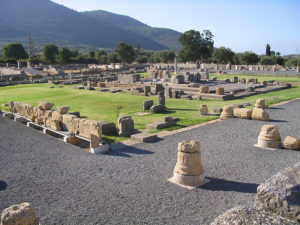